"Another Sunday morning, and Sam was headed down to the village for the newspapers and a coffee. As he went out his back door, the large American flag touched the top of his head and he reflexively ducked. It was an overreaction, since it happened every time he went out, and he laughed at himself. The sun was bright, and the flag looked good against the light green stucco of the house and the dark greens and brown of the white pine tree towering up between the house and the garage. He put on his magnetic clip-on sunglasses and went down the three steps to the driveway.
The geometric pattern of the gray pavers appealed to his mathematical nature and his desire to create order. He remembered consulting the architect as they remodeled the house a few years ago, or maybe it was more than a few years by now."

"... down the driveway and off towards the park. As he adjusted his stride and his breathing he began to hear “...tin soldiers and Nixon coming, four dead in Ohio...” He couldn’t stop it, and he didn’t want to listen to it for the entire four miles, or see the smoke drifting over the college campus from the National Guard rifles. He ran as much to quiet his thoughts as to get the exercise. National Guard troops in the streets was not the image he wanted while running through the green trees by the lake. Maybe he could concentrate on something else, like what if he really did win the lottery? How much is it now?"

" The trail made another sharp turn at a large boulder, and headed through a small meadow of weeds and wildflowers. He surged out of the forest darkness and into the light, and sprinted for the safety on the other side. A whirring sound, caused by something spinning rapidly through the air behind him, and the beginning of a triumphal whoop were the last things he heard in that universe." 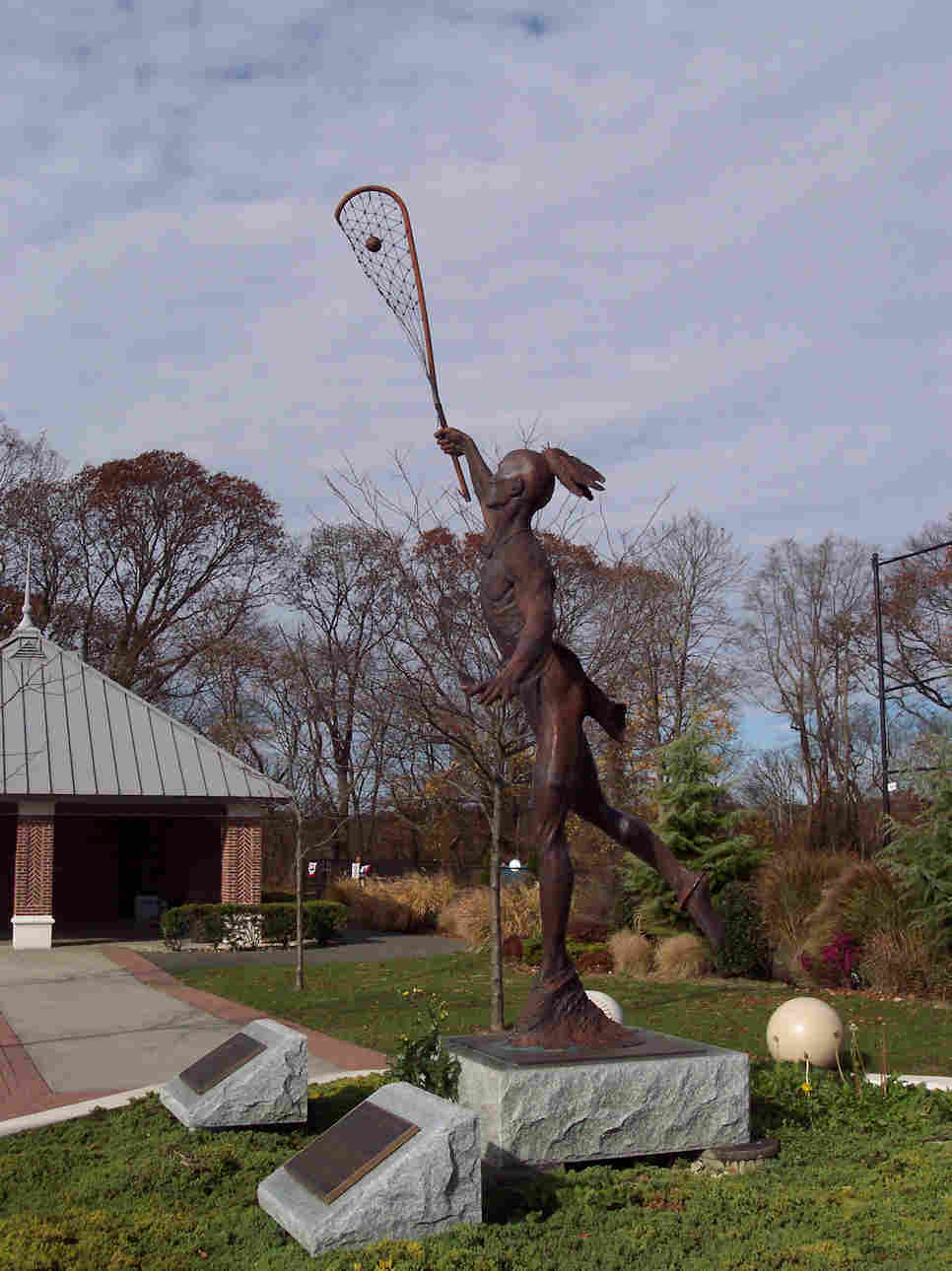 " This extravagance included a bronze statue of an Indian youth playing lacrosse, sculpted by Jud Hartmann in 1998. During his research Sievaahdra discovered a photo of it and the coverage of the opening ceremonies for the facilities. Where was that statue now? The small, lithe figure had a Martian quality to his physique. Yesterday, Krizel found the plaque that had described the statue of the Indian, half buried in the grass in the center of the autocar loop that dropped people off at this end of the park. It read, “Iah-Onhka-Senha Enchen Tethote, The Nonpareil ... His endurance, strength, speed and grace were legendary. He could run down and slay a deer. His years as a renowned warrior and hunter required of him lightening quick reflexes and senses that were honed to an astonishing degree. Only the aboriginal warrior and hunter, whose very life depended on the quality for survival in the great forests that were his natural home could bring these attributes to the playing field: to the game that was a gift to the Iroquois from the creator himself. In the mid 17th century, at the height of Iroquois power amidst the giants who played the game then ... he was the greatest player of his day. He was known as ... ‘he who is without equal.’”
Maybe he would incorporate this Indian’s story into the sim for Edward Babbitt, when he finished it up in a few weeks."